5. August 2009
As this blog is about poetry, photography, books and my own life, like you can read in the header, all this four categories should appear in this blog from time to time. But lately, I more or less focussed of literary stuff (which I haven’t done on purpose, though). So, today, I decided to write an entry about something in my life, because….you’ll see:

At the moment, they are restoring the church which is located right in front of my flat: 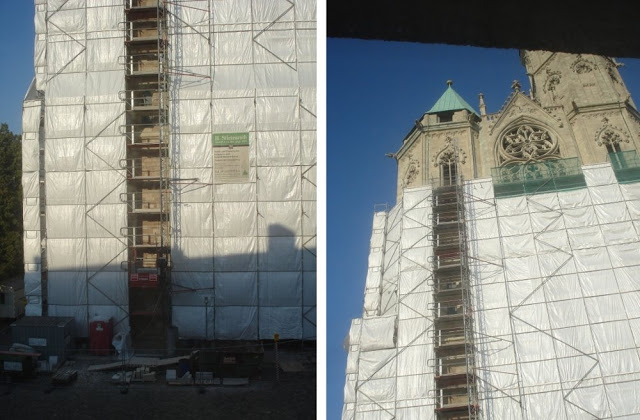 Everyday, I wake up very very early because of the noice of the construction works. But today, there was a noise which was even louder than the noise the days before. So I decided to take a look out of my window to see the source of the noise and I saw this yellow spot:

And I was like, what? a helicopter? right in front of my house? Okay….
Many people came out of their houses and took photographs. I was a bit shy and only took photos out of my window. After a while the helicopter flew away. I don’t know what was going on, but I think some man of the construction workers was hurt because the ambulance man were heading towards my wrapped church… 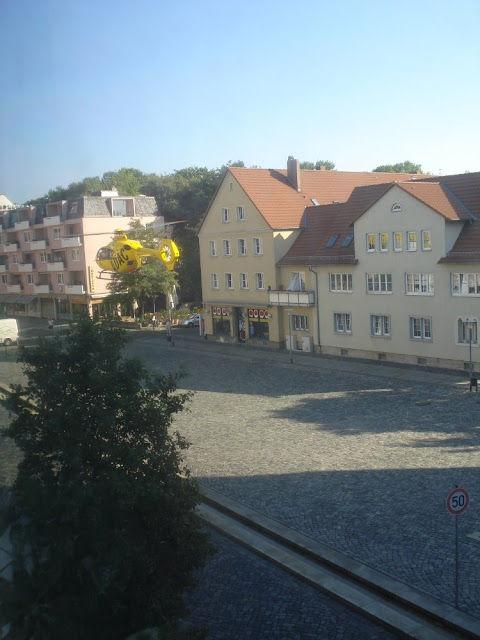 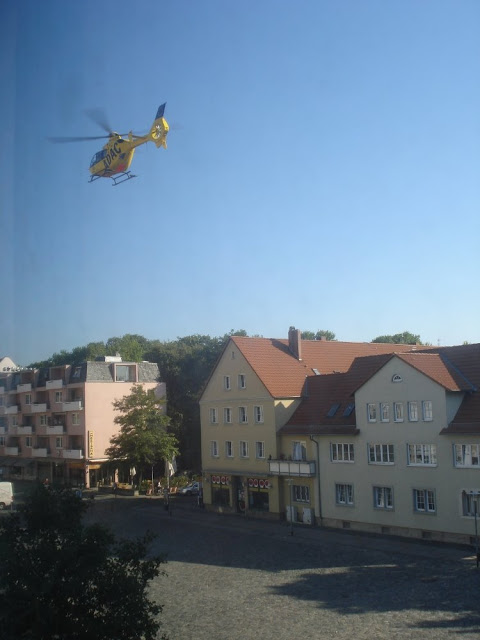 After I took the pictures, I felt guilty somehow, because I only got the opportunity to shoot this because someone was hurt…..Nevertheless, I wasn’t as impudent as those onlookers, but I felt I wasn’t right. Strange moment.